21 Oct 2021 --- As Avon reaches its 135th anniversary in the cosmetics industry, the brand has revealed a series of new features for its global training platform, Avon On. The new updates will see the cosmetics brand, made famous by its door-to-door beauty strategy, provide its representatives with a new compensation model called Avon Rewards. The company is also expanding its corporate social responsibility (CSR) fund to US$1.35m, which will be used to support women’s causes around the world.

Avon entered the digital sphere in the early 2000s when it launched its first online store. “Since then, we have continued innovating in this space to provide convenient digital tools for our representatives and customers to help them run their businesses,” says Matthieu Comard, General Manager of Western Europe at Avon. “Some representatives choose to share their printed brochure with their customers, while others will WhatsApp a digital version to their customers, and many prefer to mix the two.” 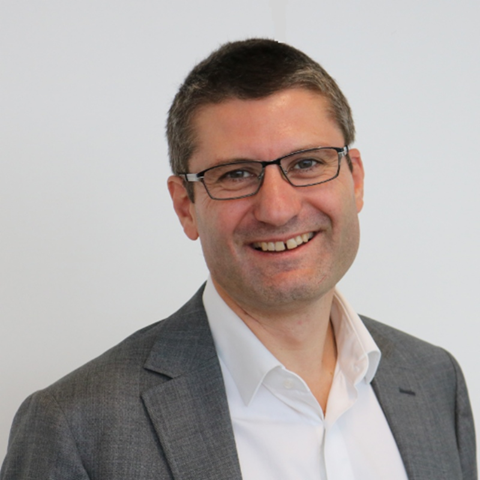 Click to EnlargeMatthew Comard outlines Avon's new digital offering for reps. Source: Avon.In today’s rapidly evolving digital beauty space, technology is playing a prominent role. As such, Avon sees beauty brands launching online consultations, often powered by artificial intelligence and chatbots. Talking about the part these technologies play, Comard details: “While we see a role for this, we believe that nothing beats the truly personal recommendation from someone you know and trust. Avon’s new multichannel model unlocks a different type of interaction, maintaining that personalized service and authentic relationship that is so important to who we are as a brand.”

The cosmetics brand’s new digital strategy has been updated from its previous model with the support of Brazilian global personal care cosmetics group, Natura &Co. “We have so much exciting innovation in the pipeline in digital, IT and marketing that will enhance the Avon experience for both our customers and our representatives,” Comard shares.

Avon is rolling out new tools that it hopes will help with making personalized recommendations, such as its online Foundation Finder. “We are investing millions to help our representatives become true digital entrepreneurs with the ability to take their businesses online to reach more people in their communities,” details Comard.

Established in 2019 as a free global training platform for its representatives, Avon On’s most recent updates include self-appointment, allowing new representatives to set up their business in just a few taps and swipes, through to day-to-day practicalities like managing their account, tracking orders and checking product availability live. Designed as a way to help representatives elevate their business, Comard explains: “It has developed so much since its conception in spring 2019 and is now a one-stop-shop to help our reps run their beauty businesses smoothly.”

The training platform now also hosts content that its representatives can share directly to their own social media accounts to help them promote their businesses within their communities. To date, almost 60% of Avon’s new UK representatives are using Avon On.

As well as its investment in digital, Avon is also pairing its upgrade with the launch of its new representative rewards program. Describing the program as “our most competitive and attractive proposition yet”, Comard shares how it will feature new rewards levels, Avon’s highest ever discounts and other benefits. Launched on 1st October, Avon representatives will automatically be enrolled in the program and will start qualifying for their rewards. 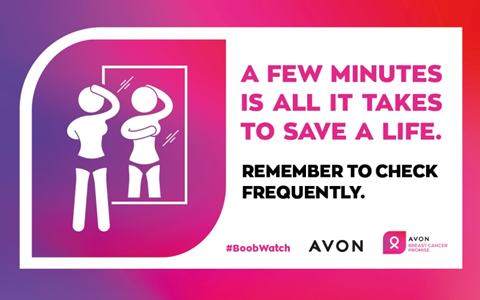 Click to EnlargeAvon's corporate social responsibility fund is backing groups tackling issues faced by women. Source: Avon.Avon-commissioned research found that, post-pandemic, flexibility is a non-negotiable, with nearly half (46%) of UK working women reconsidering career options to allow more flexibility. In light of this, Comard stresses: “This new rewards program bears that in mind, investing in all of our representatives at whatever stage they are at to help them grow their own businesses on their own terms.”

Stating how Avon’s CSR fund will be used to help women’s causes, Comard says: “Standing for something and speaking out for what matters has become increasingly important for brands, not just in beauty but across the board. We are passionate about helping women overcome barriers they face and become the most they can be by tackling two of the biggest threats to women’s lives: breast cancer and gender-based violence.”

In the UK, Avon works with four charity partners: CoppaFeel!, Look Good Feel Better, Women’s Aid and Refuge to help raise awareness and vital funds. To date, Avon has donated over £25m to these causes.

As part of Natura &Co’s commitment to its life sustainability vision, Avon also has ambitious targets to address the effects of climate change through lowering the environmental footprint of its operations and encouraging circularity and regeneration in the beauty industry. One of its main ambitions is to achieve net-zero emissions by 2030.